Some 100 Turkish companies and 10 clients and 152 beneficiaries are listed in the leaked documents of Panamanian law firm Mossack Fonseca, an offshore law firm has helped its clients to hide their money in tax havens.

The leaked files, which were obtained by the German newspaper Süddeutsche Zeitung and shared by the International Consortium of Investigative Journalists did not reveal the names of Turkish companies, clients and beneficiaries for now. The names are said to be revealed in May. 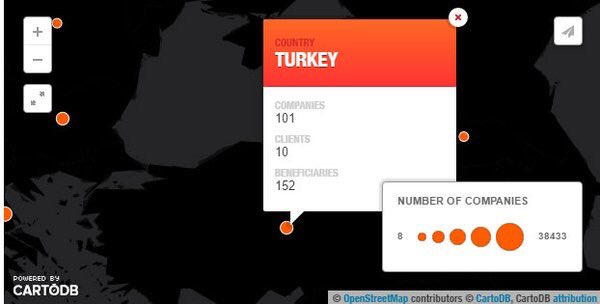 According to the website of the International Consortium of Investigative Journalists, the giant leak of more than 11.5 million financial and legal records exposes a system that enables crime, corruption and wrongdoing, hidden by secretive offshore companies. Mossack Fonseca’s files include the offshore holdings of drug dealers, Mafia members, corrupt politicians and tax evaders – and wrongdoing galore.

The documents reveal the offshore holdings 140 politicians and public officials around the world – including 12 current and former world leaders. Among them: the prime ministers of Iceland and Pakistan, the president of Ukraine, and the king of Saudi Arabia.

According to the leaks, two close allies of Russian President Vladimir Putin, are linked to an alleged money-laundering ring.

“Though the president’s name does not appear in any of the records, the data reveals a pattern – his friends have earned millions from deals that seemingly could not have been secured without his patronage.

The documents suggest Putin’s family has benefited from this money – his friends’ fortunes appear his to spend,” the Guardian said.

The leaks document some $2 billion in transactions secretly shuffled through banks and shadow companies by associates of Putin.

The leaked papers also reveal how Icelandic Prime Minister Sigmundur Gunnlaugsson hid millions of dollars of investments in his country’s banks behind a secretive offshore company Wintris in 2007.

He did not declare an interest in the company when entering parliament in 2009 and sold his 50% of Wintris to his wife for $1 (70p), eight months later.

Gunnlaugsson is facing calls for snap elections after the offshore wealth revelations. He says he has not broken any rules, and his wife did not benefit financially from his decisions.

The German daily Süddeutsche Zeitung (SZ) and The Guardian are the publishing partners of the documents.

“Over a year ago, an anonymous source contacted the Süddeutsche Zeitung (SZ) and submitted encrypted internal documents from Mossack Fonseca, a Panamanian law firm that sells anonymous offshore companies around the world. These shell firms enable their owners to cover up their business dealings, no matter how shady,” SZ wrote on its website.

According to SZ, in the months that followed, the number of documents continued to grow far beyond the original leak. “Ultimately, SZ acquired about 2.6 terabytes of data, making the leak the biggest that journalists had ever worked with. The source wanted neither financial compensation nor anything else in return, apart from a few security measures.

The data provides rare insights into a world that can only exist in the shadows. It proves how a global industry led by major banks, legal firms, and asset management companies secretly manages the estates of the world’s rich and famous: from politicians, Fifa officials, fraudsters and drug smugglers, to celebrities and professional athletes,” it said.